Sichuan is known as the "land of abundance". It not only has a unique natural environment, but also has the history and culture of China. Bashu culture has a long history and various natural and cultural landscapes are closely related. In this land of beautiful mountains and rivers, natural treasures, outstanding people, and full of vitality and vitality, there is a young hero who has passed the age of establishment with deep admiration for Chinese civilization, determined to study hard and carry forward the traditional Chinese culture. Over the past 20 years, he has visited a large number of ancient and modern Chinese and foreign books. Since the bitter cold, Mei Huaxiang has finally become a brilliant and rich scholar Wuche's famous contemporary Sinology experts and Yixue tutors are well-known at home and abroad. He is Mr. Huang Haixiang, Chief Secretary General of China resource integration alliance of Peking University, social commentator of China urban government work report, vice chairman of China International Yi Xue alliance, special researcher of China Academy of Management Sciences, Sinology consultant of China Annual Meeting of small and medium sized enterprises and famous young forecaster of China.

Mr. Huang Haixiang (formerly known as Huang Changyuan), a native of Guanghan City, Sichuan Province, has long been devoted to the study of Chinese culture, such as four books and five classics, hundreds of scholars, Chinese poetry and songs, especially the geomancy and psychology of the book of changes. As we all know, the four books and five classics continue the ancient Chinese civilization and are the precious heritage of human civilization, while the book of changes is an ancient and profound classic in China, the crystallization of five thousand years of Chinese wisdom and culture, the source of Chinese culture and the foundation of Oriental culture. It is broad and profound, and the source is far away Liuchang, known as the first group of classics, the source of the avenue.

In order to occupy a place in his own research field and inherit and carry forward the Chinese traditional culture, the treasure of Chinese culture, Mr. Huang Haixiang spared no effort to make use of the opportunities of public opinions and lectures all over the country and visited the famous teachers of Chinese learning. Under the guidance of the famous teachers of Chinese learning, he also collected and stored the essence of Chinese learning. On the basis of absorbing the essence of Sinology and integrating the essence of all Chinese studies, Mr. Huang Haixiang has written and published a large number of academic papers through his many years of practical experience, and has won favorable comments from authoritative Chinese scholars. In order to carry forward the culture of Sinology and spread the wisdom of the sages, a series of books, such as Huang Haixiang's theory of Sinology and Huang Haixiang's collection of papers, are being compiled and will be published in the near future, making a negligible contribution to the inheritance and promotion of the culture of Sinology.

In order to advocate science, dispel superstition, uncover the mysterious veil of Fengshui theory, Huang Haixiang constantly explores, summarizes the laws of fengshui, explores the mysteries of Yixue fengshui, answers its scientificity with facts, dialectical, materialistic, developmental, changing and unified To guide practice. Practice is the only standard to test the truth.

The sword is sharpened, and the plum blossom fragrance comes from the bitter cold. Years of hard work have brought about great achievements in the field of research. In view of his outstanding achievements in the field of Sinology and cultural research and his great influence in the industry, Mr. Huang Haixiang is often invited to attend various high-end academic theory seminars at the invitation of relevant national departments, national first-class associations and high-end media, and discuss with the experts and scholars present.

In November 2011, at the invitation of the Organizing Committee of the international science and peace week, Mr. Huang Haixiang attended the opening ceremony of the international science and peace Week held by 38 ministries and commissions of the state in the auditorium of the CPPCC National Committee, and was warmly received by Party and state leaders. In the same month, Mr. Huang Haixiang was invited to attend the history of Chinese outstanding entrepreneurs' struggle manual held in Beijing Jingxi Hotel. In November 2011, Mr. Huang Haixiang was invited to attend the sixth annual meeting of China's small and medium enterprises annual meeting held in Diaoyutai State Guesthouse in Beijing. He was invited to attend the China management meeting held in the Great Hall of the people in Beijing in June 2013 The conference of the Academy of science was warmly received by the leaders of the party and the state. His paper won the first prize of the conference. In 2012, he was employed as the lifetime secretary-general of the alliance by the chief China resource integration alliance of Peking University. In 2012, Huang Haixiang was employed as a special researcher by the Chinese Academy of Management Sciences, and in 2013, he was employed as the vice chairman of the international Yi Xue alliance by the China International Yi Xue alliance.

In 2013, Mr. Huang Haixiang was employed by the Compilation Committee of the work report of the Chinese urban government as the social commentator of the work report of the Chinese urban government. In 2014, he received an exclusive interview with the overseas reporter of the magazine "Chinese people" of the Central Committee of the Communist Youth League on the inheritance and innovation of Chinese culture in Beijing. The relevant deeds were recorded in the "proud son of the Republic" published by the Party School Press of the Central Committee of the Communist Party of China in the Yearbook of the people's Republic of China, the national soul and the rise of a great country published by the people's Daily Publishing House, and the first to ask for the right published by the Central Literature Publishing House Feng, the development and exploration of the Chinese dream, published by China Yan Shi press, and the road to reform, published by Guangming Daily Press. A large number of histories have been published by China Federation of literary and Art Press, China Science Literature Press, Chinese biography of Chinese people, China's contribution by China Science and Technology Culture Press, China future research society, scholars influencing China, etc Volume and literature. At the same time, his deeds have been recorded in the overseas edition of the magazine of the Chinese people, which is under the charge of the Central Committee of the Communist Youth League, the magazine of science and technology and industry in the Straits, which is under the charge of the Ministry of science and technology, the magazine of the motherland and the magazine of Chinese talents, which are under the charge of the editorial board of the central organization. The culture of the geomancy of the book of changes covers many fields such as science, philosophy, religion, etc. It can be called the classic in the classics and the wisdom in the wisdom. Master Huang Haixiang sincerely hopes to work together with you for inheritance and development. We should promote our excellent traditional culture and make our own contribution to the construction of a harmonious society. 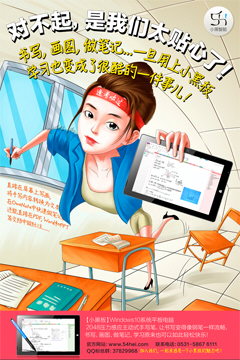 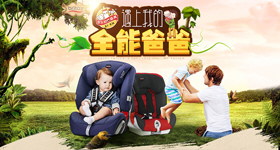 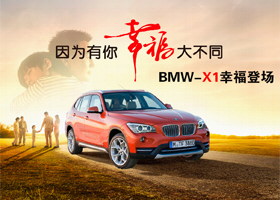